2. Bi-directional adapter cable, HDMI to DVI or DVI to HDMI 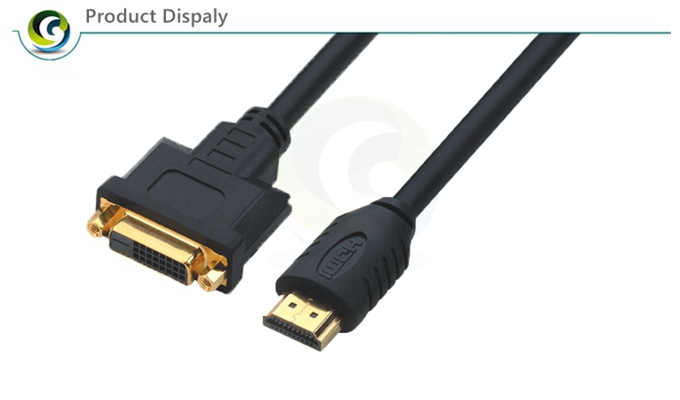 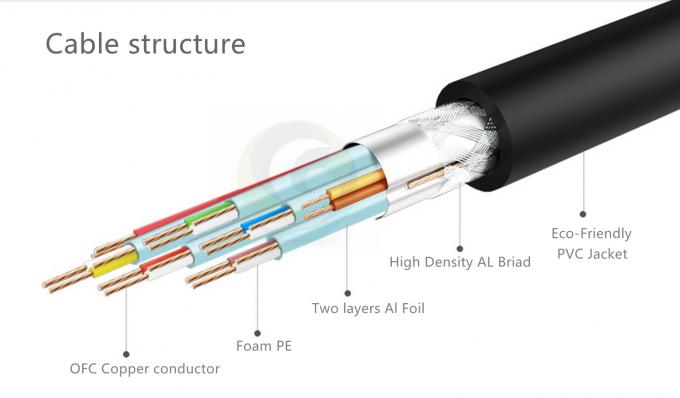 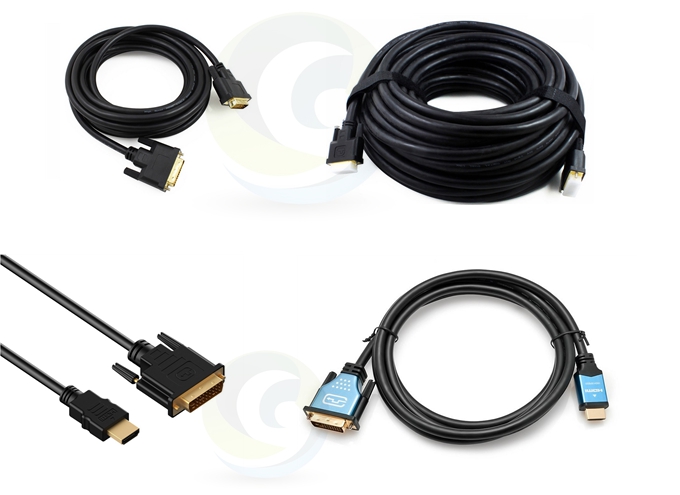 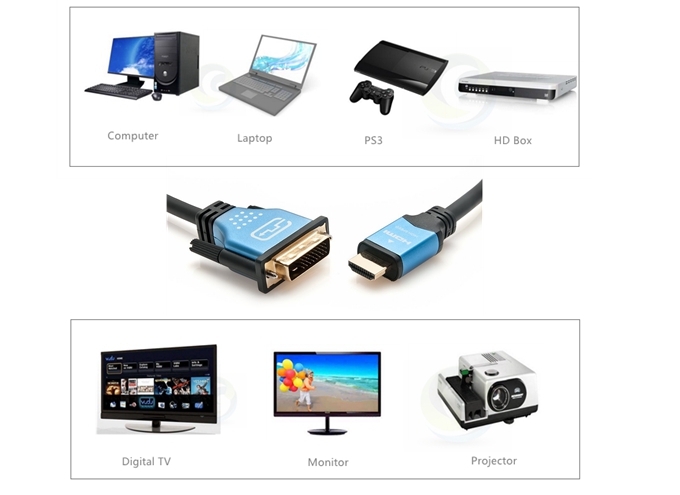 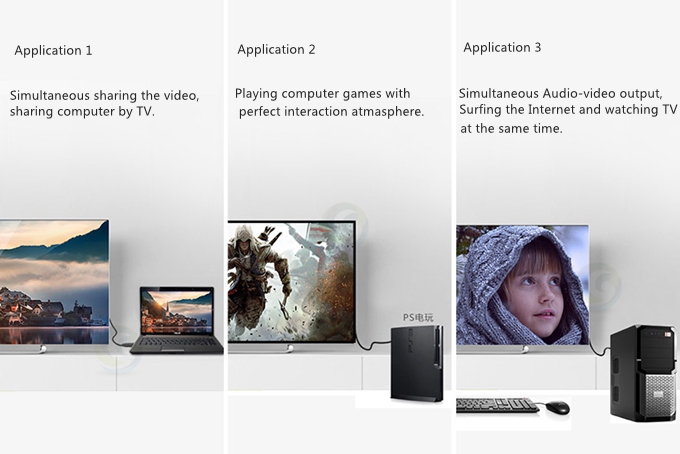 Use with Blue-Ray Players, Gaming Consoles
QSMART HDMI to DVI Adapter Cable connects computers & other source devices with HDMI outputs such as Blue-Ray players, Xbox 360 to DVI-equipped televisions or monitors. It provides maximum support for resolutions up to 1920 x 1200. This cable supports high-bandwidth, uncompressed video & provides your system with high-definition video quality.

Convert your Computer into a Home Entertainment Center
With this cable you can watch computer based media on your TV or a projector. It connects computers with DVI connections such as home-theater PCs, Mac minis, & some laptops-to a HDMI-equipped HDTV or other display device with HDMI connection.

Note: HDMI to DVI does not pass audio. A separate audio cable must be used for audio.